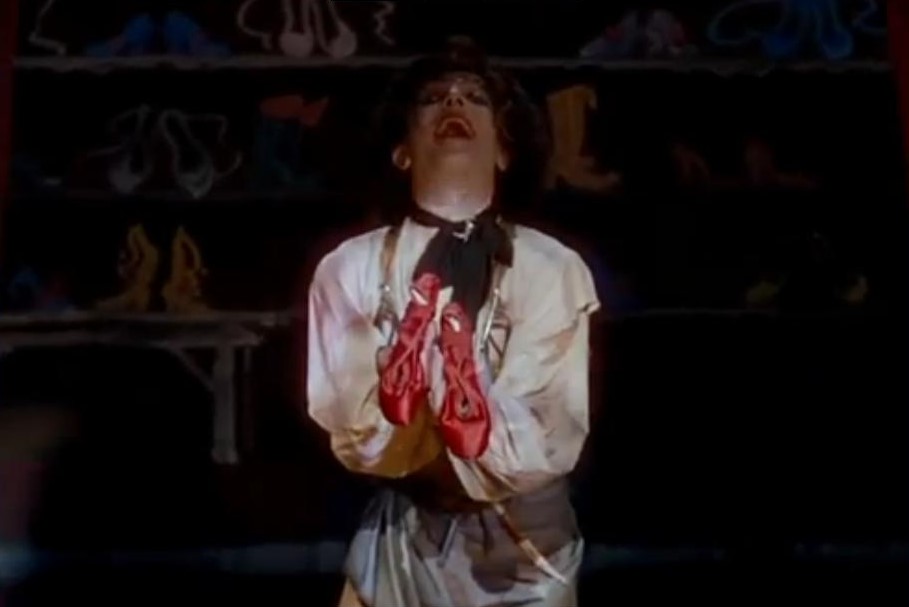 A couple of weeks ago i caught a great documentary on Film 4: Cameraman: The Life and work of Jack Cardiff

Much of the documentary concentrated on Cardiff’s work as a directory of photography for Powell & Pressburger although he did go on to direct later in his career.
I’ve always loved P & P’s ‘A Matter of life and death’ since i first saw it when i was a kid and i love the look of ‘Black Narcissus too but i had not seen ‘The Red Shoes’.

Based on the Brothers Grimm tale of the same name, the film focuses on an aspiring ballet dancer who eventually gets the lead role in a ballet based on the Grimm story.

The first part of the film is fairly ordinary although there are some good snappy lines typical of films of the period.

Later in the film a kind of abridged version of the Red Shoes ballet is shown. This segment is extraordinary and this is where Cardiff , Art Director Arthur Lawson and Production /costume designer Hein Heckroth really let loose.

I just don’t think that you would see anything like this in a mainstream (as it was) film these days.

There is no dialogue for about 15 minutes and the staging of the ballet takes the viewer on a surreal descent into madness and horror.
In brief, the leading lady (Victoria) acquires a wonderful pair of red shoes and goes out dancing and generally has a lovely evening.
But the shoes won’t let her stop!!!!!!

The Shoemaker comes to insist that the dance continues

The mad dance continues and Victoria is tormented by creeping horrors

Victoria seeks sanctuary at the Church

If you like surreal cinema then The Red Shoes is definitely worth a look and i highly recommend ‘Cameraman: The Life and work of Jack Cardiff’.