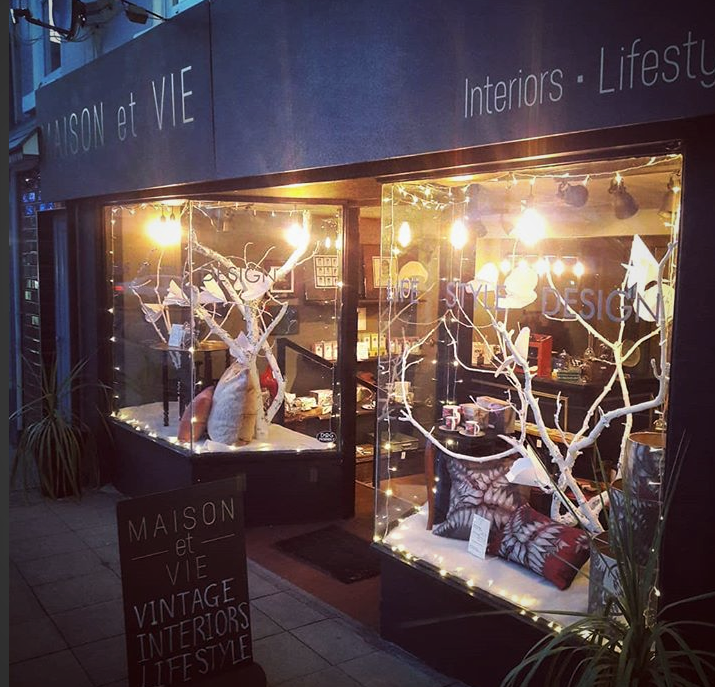 This year, our Christmas window was inspired by the fantastic fashion set designer, Michael Howells, who sadly passed away earlier this year.

Our window display took inspiration from a runway set he designed for Galliano’s Dior in 2007. The collection was called “Madam Butterfly” and this set design also inspired the decor I made for my Wedding in 2016… except I did everything in black for that. We collected fallen branches from the woods a few minutes walk from our house. Getting them back to the shop was challenging to say the least. We had to borrow an estate car to transport them, which I then had to spend an hour cleaning and vacuuming out afterwards, as the branches made such a mess… dirt, mud and moss everywhere!

To get them to fit the window space we had to do some cutting down. I then spent a few days painting the branches white. I constructed large flowers to adorn the branches with paper from the printer and florists wire. 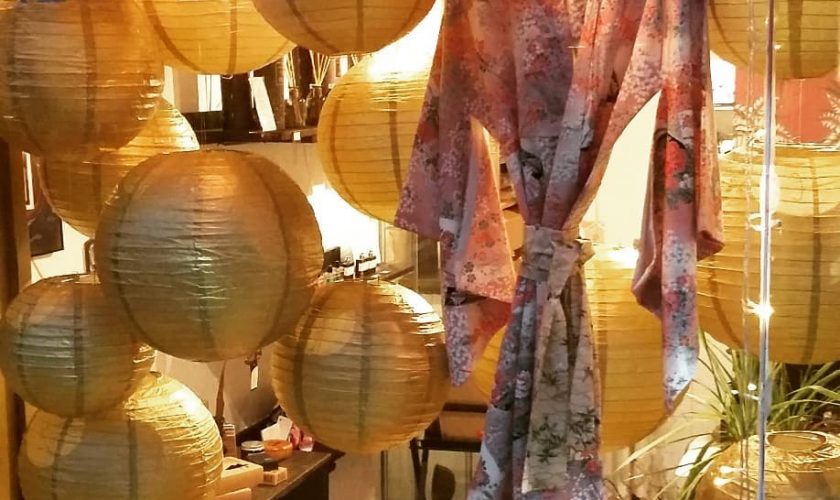