2 Houses, A Wedding And A Shop 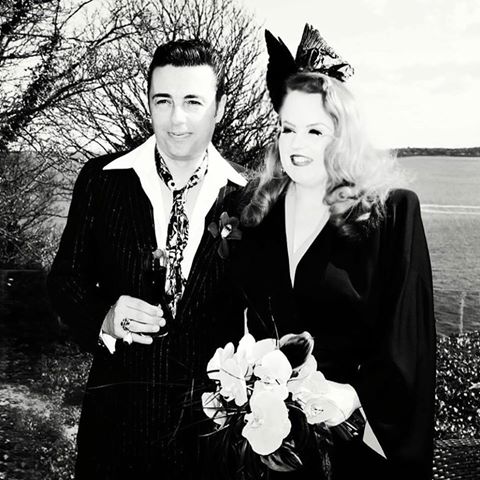 Suddenly,  I  realised that it has been 18 months since I last wrote a blogpost. So this is going to be along one!

Life turned inside out and upside down for us at Tooth & Claw…..so let’s bring it up to date.

Firstly … we decided to re-locate from London to South  Devon. A decision prompted by some health issues and also, after 20 years of living and working in London, we felt the time was right to change down a gear.

We sold our lovely London house and decamped to the beautiful coastal town of Brixham in Devon.

Then we purchased a cute Victorian terrace doer-upper in Brixham. This deceptive little house needed far more renovation than initially showed up on the survey. Every interior wall and ceiling has had to be taken down and replaced with new plasterboard. When excavation began for foundations for an extension, we discovered that a substantial hole had formed underneath our garden and the neighbouring house. All work had to stop whilst engineers and geo-technicians sorted a solution. Finally the hole has been filled and the houses made safe. A year later we are still renovating but work is now progressing and we may have a home to move into by early next year.

In April this year we got Married! Long overdue … Myself and Jamie have been together for almost 30 years.

We had a small wedding in Devon with just Family and a few close friends. We had a fabulous day, and in true Tooth & Claw style, both Bride and Groom wore black. I wore a dream dress … a piece from my favourite, pre-death Alexander McQueen show, La Dame Bleue, from 2008. This collection was a tribute to Isabella Blow and I wore a short black Kimono dress with exaggerated pagoda shoulders and pink lining. Shoes were difficult…. I tried loads… but settled on a pair of black Vivienne Westwood super-elevated Court shoes that I have had for almost 15 years, but only worn once before. I made my own headdress from Jackdaw wings and antique French millinery feathers.

I also did all the flowers myself…. I learned some Floristry skills when we first moved to Devon. Plus, our budget was tight! I did Japanese style pomanders for the flower girls and my bouquet was black and dark red Calla lilies with Phalaenopsis orchids. I wanted it to look a bit wild and unstructured, so I added in lots of lily grass and black bear grass. Jamie wore an amazing suit by Vivienne Westwood and Malcolm McLaren’s son, Joe Corre from his “A Child of The Jago” label. Black wool with a thin gold lurex pinstripe – very rock n roll! Instead of a tie, he wore a neck scarf , also by A Child of The Jago, which depicted 18th Century pornographic images (Shhh… I don’t think either of our Mums noticed). My gorgeous nieces were my flower girls and they wore traditional Yukata Kimonos from Japan. After the excitement of our Wedding…we went straight onto the next project…opening a shop!

We decided that we wanted to take Tooth & Claw in a slightly different direction and expand the concept of the brand.  As well as our own designs, we decided that we wanted to showcase other niche design brands that we love and that fit broadly within the Tooth & Claw aesthetic. With my previous experience in buying, we felt that we could put together something interesting, also incorporating some vintage and antique, for a design-starved South Devon.

So we took on a small shop in Brixham, just a short walk from the harbour. An ex- off-license, we gave ourselves 4 weeks to turn it around. That included all the DIY, decorating, buying, orders, packaging and general set up. We didn’t have any budget for trades, so we did all the work ourselves. We managed to get open by our deadline date of 2nd July…and I only had 2 meltdowns! Style-wise, we decided to go for a glam-meets-industrial look. We used Farrow & Ball’s Plummett colour on the walls and decided on non-standard shop fittings. Jamie made a lot of the shop fittings using re-claimed wood and we have used an old office desk, salvaged from an old cafe in the town that was closing, to display our home fragrance products by the brand True Grace. Jamie then completely re-designed our website to reflect our new boutique, and we now sell the brands that we have instore, such as Rory Dobner, Ibride, L:A Bruket, online too. Do take a peek if you haven’t visited the website for a while. So now we are pretty much up-to-date! We are looking forward to our first Christmas of trading in the Boutique and hope to get cracking on some new designs next year, when we have settled into our new house.